Gyoza is a Japanese style of dumpling and one of the most popular Japanesesoul food. The word ‘Gyoza’ was derived from thereading of ‘饺子’ in the Shandong Chinese dialect.

As you know, dumpling is a food that consists of ground meat and/or sea food and/or chopped vegetable and dough skin. They are eaten throughout Asia and Eastern Europe.

Dumplings can be divided into some types depending on the way of cooking, boiled and steamed, pan fried. 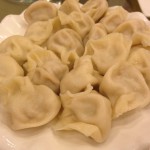 After World War 2, Gyoza was brought to Japan from China by repatriates, whereafter it developed an original style that satisfies Japanese tastes. 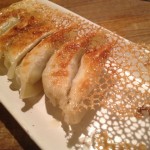 Now, Gyoza has become one of the most popular Japanese soul food. 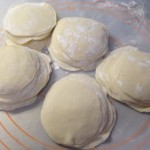